The Politics of Place

There are two main reasons why we don’t typically cover “movements” in these snapshots. One, movements are rarely monolithic, so no matter how they are depicted, you are bound to upset someone. And since Ocean Connect is all about making connections, alienating any person or any group of people goes against the grain of whom we want to be. Two, it is difficult to give a complete picture of any movement without delving into its history.  After all, while you don’t need to know the history of oceanography to master the subject matter, it is almost impossible to truly understand a movement without providing at least some background information about its origin. And this makes for a lengthy narrative that far exceeds that of our typical snapshot.

However, some movements are so important to society and the environment that we will run the risk and make an exception. Environmental justice is one of those movements. We also believe that environmental justice fits within one of the main goals of Ocean Connect – to level the playing field. So, recognizing from the outset that we may fall short, we shall do our best to provide you with a balanced view of the movement. And, as with all our snapshots, our goal is also to provide you with access to enough resources to allow you to make your own determination as to whether you would like to pursue a career devoted to furthering the environmental justice cause.

It Really Does Matter Where You Live

Communities populated primarily by ethnic minorities and economically disadvantaged people have long been burdened with a disproportionate number of environmental hazards such as garbage dumps, toxic waste facilitates, scrap yards, factories, and other sources of pollutants and foul odors that significantly lower the quality of life. This is not just a historical fact but a present-day reality. A study published in 2022 found that Black, Indigenous, and other people of color, along with low-income communities, shoulder an outsized burden of the harms caused by pesticides in the United States.[1] And a 2021 report by the U.S. Environmental Protection Agency (EPA) found that people of color are likelier to live near polluters and breathe polluted air.[2] This disproportionate harm also extends to the effects of climate change, as these perpetually underserved communities are the least able to prepare for, and recover from, heat waves, poor air quality, flooding, and other climate-related impacts.[3]

When the disproportionate burden of environmental hazards is placed on people of color, many people consider it a form of racism – in this case, environmental racism. Dr. Robert D. Bullard, the father of the environmental justice movement, defines environmental racism as “any policy, practice or directive that differentially affects or disadvantages (whether intended or unintended) individuals, groups or communities based on race.”[4] Some facts to consider:

Greenaction, one of many nonprofit organizations on the frontlines of the environmental justice movement, states on their website that environmental racism “refers to the institutional rules, regulations, policies or government and/or corporate decisions that deliberately target certain communities for locally undesirable land uses and lax enforcement of zoning and environmental laws, resulting in communities being disproportionately exposed to toxic and hazardous waste based upon race. Environmental racism is caused by several factors, including intentional neglect, the alleged need for a receptacle for pollutants in urban areas, and a lack of institutional power and low land values of people of color. It is a well-documented fact that communities of color and low-income communities are disproportionately impacted by polluting industries (and very specifically, hazardous waste facilities) and lax regulation of these industries.”[6]

The EPA defines environmental justice “as the fair treatment and meaningful involvement of all people regardless of race, color, national origin, or income with respect to the development, implementation, and enforcement of environmental laws, regulations, and policies.”[9] According to the EPA definition, fair treatment means that no group of people should bear a disproportionate burden of environmental harms and risks, including those resulting from the negative environmental consequences of industrial, governmental, and commercial operations or programs and policies. And meaningful involvement means that: (i) potentially affected community members have an appropriate opportunity to participate in decisions about a proposed activity that will affect their environment and/or health; (ii) the public’s contribution can influence the regulatory agency’s decision; (iii) the concerns of all participants involved will be considered in the decision‐making process; and (iv) the decision makers seek out and facilitate the involvement of those potentially affected.”[10]

While there is no single legal or even “accepted” definition of environmental justice, there is a consistent theme of equal protection, community involvement, and healthy living environments for all people regardless of race, color, national origin, or income.

In the early 1980s in Warren County, North Carolina, the state decided to place a toxic waste landfill in a poor, rural, and predominantly African-American community. This, in and of itself, was not unusual as the siting of such landfills in or near minority communities was (government) business as usual. What was unusual, however, was that when the first of a planned 6,000 truckloads of soil laced with toxic PCBs neared the proposed site, they were met with massive protests resulting in over 500 arrests.[13] These were the first arrests in U.S. history over the siting of a landfill. Though the demonstrations failed to stop the siting of this particular toxic waste disposal facility, this protest marked the beginning of a national environmental justice movement.[14]

Five years later, in 1996, forty members of the environmental justice movement met at the Working Group Meeting on Globalization and Trade held in Jemez, New Mexico. These representatives generated the following guidelines to create a shared understanding among people from divergent cultures, political backgrounds, and organizations:

Social and environmental justice groups have widely adopted these two sets of principles or “best practices.”

There are numerous egregious examples of minority communities being exposed to higher proportions of air pollution, toxic waste sites, landfills, lead poisoning, and other industrial complexes compared to their white counterparts. Just a few include:

Cancer Alley, Louisiana, is an 85-mile stretch of land along the Mississippi River between New Orleans and Baton Rouge lined with oil refineries and petrochemical plants. The predominantly Black residents of the area are 50 times more likely to develop cancer, respiratory diseases, and other health problems than the average American.[16]

The water crisis of Flint, Michigan, has been called one of the most “egregious examples of environmental injustice.”[17] Despite complaints from city residents – most of whom were low-income people of color – city mismanagement resulted in the mass lead poisoning of hundreds of children and adults.

In 2005, Hurricane Katrina, one of the most powerful Atlantic storms on record, devastated the city of New Orleans, Louisiana, and caused over 1,800 fatalities and $125 billion in damage.  Race and ethnicity put many residents of the hardest-hit areas at a severe disadvantage, as minority populations were disproportionately located in low-wealth neighborhoods with poor housing. These neighborhoods were located in areas more vulnerable to damage from natural disasters compared to more climate-resilient communities with higher incomes, better infrastructure, and fewer minorities.[18]

Climate change affects the social and environmental determinants of health – clean air, safe drinking water, sufficient food, and secure shelter. A recent analysis undertaken by the EPA shows that the most severe harms from climate change fall disproportionately upon underserved communities who are least able to prepare for, and recover from, heat waves, poor air quality, flooding, and other impacts. The EPA’s analysis indicates that racial and ethnic minority communities are particularly vulnerable to the most significant impacts of climate change.[19] For example, minority communities face increased exposure to urban heat given their location (e.g., few trees and more pavement). This, in turn, will result in an increased level of cardiovascular disease, respiratory disease, dehydration, acute renal failure, and mental illness among the populations of these communities. So, while climate change threatens everyone’s health and well-being, socially and economically disadvantaged communities face greater risks.

This is not just a U.S. issue but a global issue as well. According to the World Health Organization, between 2030 and 2050, climate change is expected to cause approximately 250,000 additional deaths per year worldwide from malnutrition, malaria, diarrhea, and heat stress.[20] And areas with weak health infrastructure – mostly in developing countries and consisting primarily of people of color – will be the least able to cope without assistance to prepare and respond.

The Path to Becoming an Environmental Justice Advocate

Try and take as many advanced writing courses as possible. The ability to write well is essential. Take classes in creative writing, short story, nonfiction, and scientific writing. Take courses in public speaking and environmental science. If you can, try and take an environmental law or policy course online.

Gain experience through internships and volunteering

Have a working knowledge of environmental and climate sciences

Climate Justice and Sustainability
College of the Environment, University of Washington

Being well-rounded is always a great selling point with a nonprofit organization. Even if you pursuing a more science-based position, you should still try to have a grasp of important environmental regulations, policies, and laws (and vice versa).

Having relevant experience is essential. This does not necessarily require an internship with an environmental justice organization, as someone interested in climate change may benefit more from working in a laboratory setting. 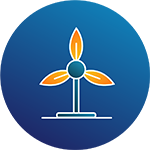 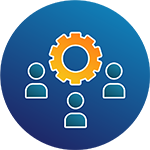 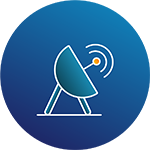 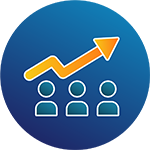 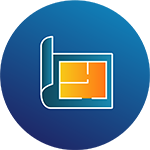 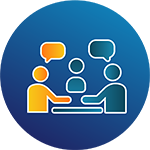 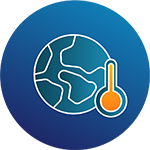 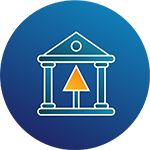 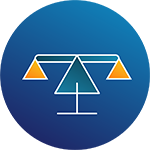 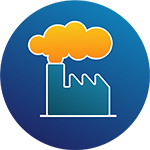 Assessing the impact of climate change on the community level.

A career in environmental justice can be tremendously rewarding. It also can provide you with an extremely wide variety of career choices depending on which area of environmental justice you pursue. There are positions in government agencies, nonprofit organizations, private industry, and academia.  Although some of these careers do not necessarily require an environmental science background, at the very least, you will most likely need an understanding of the current environmental landscape.