The Movement of Goods and People

For many people, the idea of a life at sea has always held a certain romanticism. Setting out on the open ocean for unknown adventures, visiting exotic ports of call. There is also the excitement that comes from working in a potentially dangerous and often hazardous environment. No matter how you view it, being a professional mariner is certainly not your typical nine-to-five job. That is unless you want it to be because a career in civilian maritime transport can be pursued just as readily on land (naval architecture, port management) as on the water (ship’s crew, marine engineer). Since ancient times, maritime transportation has been the dominant method of moving people and goods across the globe. While air travel has supplanted ocean-going transport as the primary means of human travel, 90% of global trade is still conducted through the more than 50,000 merchant ships operating around the world.[1] And although using sea-going vessels to move people from “Point A” to “Point B” may be a thing of the past, careers involving cruise ships and luxury yachts are still viable options for those who want to pursue a life at sea.

Onboard careers in maritime transportation can be divided into the following areas:

In addition, there is also a myriad of land-based maritime transportation career options.

The deck department includes crew members responsible for navigating the vessel and handling its cargo. Under the captain’s management, the deck department is responsible for the safe navigation and operation of the vessel, both at sea and in port. Deck officers are a vital part of the onboard management team, taking charge of a vessel and its crew, guests, or cargo. Deck officers maintain watches on the bridge while at sea and about the ship while in port. Deck officers are also responsible for passage planning, safe vessel navigation, cargo loading and discharge, ship stability, communications, and maintenance of the hull and deck equipment.[2]

Personnel working in the deck department are divided into two categories: licensed and unlicensed personnel.

Deck officers hold licenses issued by the U.S. Coast Guard. Becoming an officer in the deck department requires either gaining sufficient experience and sea time as an able seaman and passing the proper examinations or earning a bachelor’s degree from a merchant marine academy (or a college diploma in marine transportation) and passing examinations to be licensed as a third mate. Career advancement as an officer is achieved through experience, sea time, and completion of additional professional examinations.[3]

Deck licenses issued by the U.S. Coast Guard (in increasing rank) are as follows:

The Master (or Captain) is the ship’s highest-ranking officer with ultimate responsibility for, and authority over, the ship’s crew and operations, including the protection of the vessel, its cargo, and the environment. On a day-to-day basis, these responsibilities can range from managing personnel resources, managing the vessel’s navigation according to prescribed standards, ensuring compliance with safety and quality system management performance standards, ensuring the vessel’s security, and managing accounting, payroll, and inventories.[7]

The bosun (or boatswain) is the highest ranking rating (non-officer) position in the deck department. Also known as the “deck boss,” the bosun is in charge of all subordinate deck rating positions aboard the ship. The bosun’s primary duties include, but are not limited to, supervising, coordinating, coaching, and evaluating all non-officer deck personnel and planning and scheduling all activities in regards to regular maintenance of all vessel areas not maintained by the engineering department. The bosun also plays a crucial role in mooring and anchoring operations.[10]

The engine department is responsible for operating, maintaining, and repairing engines, boilers, pumps, generators, and other machinery and systems crucial to a vessel’s operation. As with the deck department, personnel working in the engine department are divided into licensed and unlicensed personnel.

The fourth engineer (also known as the third assistant engineer) reports to the third engineer and has several more “entry-level” responsibilities, including recordkeeping, checking the general condition of machinery, and monitoring the daily consumption of fuel oil and marine diesel or gas oil.[14]

There are many varied unlicensed roles, including oiler, mechanical assistant, junior engineer, fireman, deck engine mechanic, engineman, pumpman, electrician, machinist, and refrigerator engineer. One can become a qualified engine room member either by gaining seamanship experience and completing the appropriate courses and endorsements or by completing a course certificate from a U.S. Coast Guard-recognized institution.[15]

The steward department comprises service staff and generally refers to a vessel’s galley (kitchens). These crew members’ main duties are preparing and serving meals for the ship’s guests and crew and conducting general housekeeping aboard the ship. Proper culinary training from an educational institution and experience in the food service industry is often required, as well as endorsements and basic certifications from the U.S. Coast Guard. This essential department comprises unlicensed personnel and typically includes three ratings that may overlap in the duties they perform depending on the size of the ship.[16]

The cook oversees the preparation and serving of meals. The cook takes part in planning meals, taking inventory, and storing equipment.

Naval architecture is the branch of engineering responsible for the design, construction, and repair of seafaring vessels that move above, on, or under the sea.[18] This involves various vessels, including yachts, warships, tankers, container ships, fishing boats, passenger ferries, cruise ships, drilling platforms, submarines, hovercraft, hydrofoils, and other small vessels – such as landing craft, diving support vessels, and unmanned submersibles.[19] A naval architect works directly with a shipowner to provide engineering solutions, technical and commercial guidance, support, and project management.[20] Accordingly, the naval architect is responsible for monitoring a ship during its design and construction, and throughout its life to ensure that it is safe and seaworthy and meets other statutory rules and regulations.[21] Therefore, a naval architect must know engineering concepts, they must also know maritime regulations, architecture, mathematics, electronics, mechanics, physics, computer hardware, and software design.[22]

Ports are places where there are facilities for berthing or anchoring ships and where there is cargo handling equipment to process cargoes from ships to shore, shore to ships, or ships to ships.[23] Ports deal with imports and exports of raw materials and finished goods, provide facilities for the fishing industry, provide ferry and cruise-ship terminals, and offer recreational facilities, such as yacht marinas. Specific jobs include vessel traffic services operators, stevedores, marine pilots, harbor masters, cargo and freight agent, fleet engineer, and shipping broker.

Terminal management jobs include finance, marketing, human resources, operations, equipment, and construction. Individuals involved with terminal management manage cargo-handling contracts, oversee all kinds of port services like tugging and piloting and optimize the profitability of each terminal by negotiating the best prices and operating terms with suppliers.

The Path to Becoming a Maritime Transportation Professional

Take online classes where you can learn about navigation, ship design, nautical science, marine operations, merchant vessel operations, and marine studies. Learn basic seamanship skills and how to sail. Learn all you can about boating safety, including firefighting safety. Become certified in CPR.

Try and get work experience through an internship or summer job at shipyards, marinas, ports or onboard a ship. Learn how to write for both a technical and non-technical audience. Experience with both oral and written technical communication is equally important. Learn at least one foreign language.

Maintain an excellent GPA, especially in marine science and math

Have some ‘real-life” work experience on your resume

The best place to obtain a degree in civilian maritime transportation is at a maritime academy. It will provide you with the broad training that you need to pursue a deck officer or marine engineer career. Central to this training is the practical experience you will receive while working on a commercial ship during the “at-sea” portion of the program.

Marine Engineering, Management and Seamanship
The College of the Florida Keys

Students from maritime academies will be qualified to sit for the U.S. Coast Guard license examination as a Third Mate of any gross tonnage and issuance of Standards of Training, Certification and Watchkeeping credentials.

Previous experience in a nautical environment will be useful. People with seafaring experience may be exempt from some of the academic and practical aspects of training. This makes your route to full qualification quicker.

It is important to have multiple internships during college so you can get a feel for different kinds of ships and different kinds of jobs. Find a mentor, and if you can’t, find a new ship. A great mentor can be the bosun, engineer, or cook. 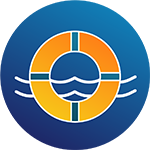 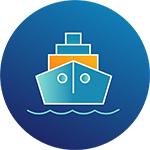 Safety and quality standards for the shipbuilding industry 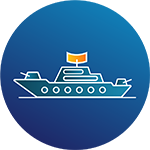 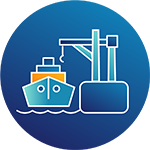 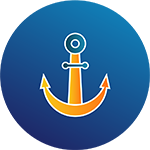 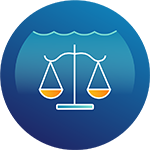 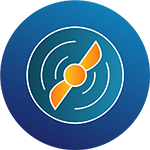 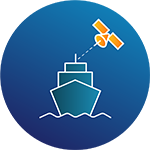 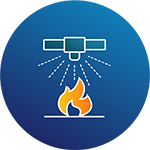 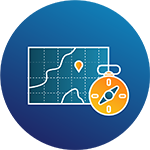 Overseeing the safe unloading and loading of cargo and controlling ship stability and mooring lines.

Allocating resources to ensure the smooth running of port operations.

Conducting shipboard safety inspections to ensure ship and crew are in compliance with company and regulatory policy.

Marine transportation offers a wide variety of both shipboard and shoreside employment opportunities across numerous sectors of the maritime industry. It also offers the opportunity to experience all the excitement that comes with professions that are connected to the ocean. Given the wide variety of jobs, opportunities in maritime transportation can be broken down into various categories.