The Power to End Climate Change

When it comes to preserving the health and well-being of the environment, there is no greater imperative than ending our dependence on fossil fuels. The environmental evils caused by fossil fuels are well-documented – global warming, air pollution, water pollution, land degradation, and ocean acidification. And the litany of human health problems attributable to the use of fossil fuels is just as alarming – asthma, cancer, heart disease, neurological defects, immune system disease, pulmonary disease, and congenital disabilities. While the movement to wean ourselves off fossil fuels is steady, we need to move faster as parts of our environment – especially the ocean – are at the point of no return.

Renewable energy, often referred to as clean energy, is energy produced from geothermal heat, sunlight, water, and wind. Unlike fossil fuels that can take thousands—or even millions—of years to naturally replenish, renewable energy sources can be replenished during an average human lifetime. Renewable energy can be used for generating electricity to heat homes and power appliances, heat and cool water, and power automobiles, ships, trucks, and even space exploration vehicles. Increasing the use of renewable sources of energy is critical for efforts to protect the health of the environment by limiting greenhouse gas emissions and reducing air pollution.

Renewable energy is the fastest-growing global energy source. In the United States, the use of renewable energy increased 90 percent from 2000 to 2020.[1] Of course, renewable energy is still a fraction of overall energy use as fossil fuels like petroleum, natural gas, and coal make up almost 80% of energy consumption, with nuclear energy accounting for an additional 10%.[2] However, just because it is currently a small slice of the energy consumption pie does not mean that the renewable energy sector does not have a significant economic impact. The clean energy industry generates hundreds of billions in economic activity and, importantly for anyone looking to make a career in the field, is expected to grow rapidly in the coming years.[3] There is tremendous economic opportunity for the countries that manufacture and export clean energy technologies and for the companies and individuals who invent, design, construct, install, and operate those technologies.

There are multiple types of renewable energy sources, each with its own uses, technologies, challenges, and opportunities.

More energy from the sun falls on the earth in one hour than is used by everyone in the world in one year. And because sunlight is one of our planet’s most abundant energy resources, people have been using solar energy for thousands of years to stay warm, grow crops, and to dry meat, fruit, and grains. Solar (or photovoltaic) cells convert sunlight directly into electricity. The primary advantage of using solar energy is that solar energy systems do not produce air pollutants or carbon dioxide except for the manufacturing process. One limitation is that the amount of sunlight reaching a square foot of Earth’s surface is relatively small, so a vast surface area is necessary to collect a useful amount of energy.[4]

Careers in solar energy can be found in manufacturing, system design, project development, and the installations and operation sectors.

Wind power is one of the fastest-growing renewable energy technologies. Currently, nearly 70,000 wind turbines across the United States are generating clean, reliable power, making it the fourth-largest source of electricity generation capacity in the country.[5] To create energy using wind, the wind turns the propeller-like blades of a turbine around a rotor, which spins a generator, which generates electricity. Wind turbines, like traditional windmills, are mounted on a tower to capture the most energy. At 100 feet or more above ground, turbines catch the wind’s energy with their propeller-like blades.[6] For utility-scale sources of wind energy, a large number of wind turbines are usually built close together to form a wind farm. Wind farms can be either land-based or offshore. While offshore wind farms have many of the same advantages as land-based wind farms (they do not emit environmental pollutants or greenhouse gases except in the manufacturing process), the long-term effects of offshore wind farms on marine animals and birds are not yet fully understood.[7]

Careers in solar energy can be found in component manufacturing, project development, construction, operations, and the education, training, and research sectors.

Careers in hydroelectric power can be found in component manufacturing, project development, and the deployment, construction, and operations sectors.

Geothermal energy is heat from below the earth’s surface that can be harnessed to generate clean, renewable energy. Geothermal energy is a renewable energy source because heat is continuously produced inside the Earth (which can be as hot as the surface of the Sun). Geothermal resources are reservoirs of hot water that exist at varying temperatures and depths below the Earth’s surface. Mile-or-more-deep wells can be drilled into underground reservoirs to tap steam and very hot water that can be brought to the surface, then pumped through a turbine to create electricity. Geothermal energy has a variety of uses, including electricity generation, direct use, and heating and cooling.[11]

Careers in geothermal energy can be broken down into component manufacturing, project development, construction, operations, education, training, and research sectors.

Tides, waves, and currents can also be used to produce electricity. Although still in the early stages and not yet commercially available, promising ocean technologies are under development. Tidal energy is a form of hydro energy that uses the twice-daily tidal currents to drive turbine generators. Tidal energy is produced by tidal-range technologies utilizing a barrage or barrier to harvest power between high and low tide, tidal-current, or tidal-stream technologies.[11] Tidal barrages work much like dams and are located in an ocean bay or lagoon. Tidal barrages can have adverse effects as the change in water level in the tidal lagoon might harm plant and animal life.[13] Like tidal power, wave power relies on dam-like structures or ocean floor–anchored devices on or just below the water’s surface.[14]

Careers in tidal and wave energy can be found in component manufacturing, project development, construction, operations, and the education, training, and research sectors.

The Path to Becoming a Renewable Energy Professional

If not available at your high school, try and take technology-related (computer programming, data science) and mathematics-related (probability and statistics) classes offered online. Courses in subjects like biochemistry, ecology, economics, environmental science, and sustainability would be helpful.

Get work experience through a research internship. Learn how to write for both a technical and non-technical audience. Experience with both oral and written business and technical communication is equally important. Spend time learning the basics, and the more complex concepts will follow naturally.

Publish your research in an academic or business journal

A bachelor’s degree allows you to begin a professional career in clean energy in an entry-level position. However, exactly which undergraduate degree is most advantageous will depend on what area of the renewable energy industry you want to pursue. Engineering, business, finance, design, marketing, law, chemistry, physics, hydrology, research, development, and environmental conservation are just a few academic areas that can help you gain entry into the field.

You need a graduate degree to advance in certain sectors of the renewable energy field. To pursue the legal, advocacy, or regulatory aspects of the industry, you need to go to law school. To pursue the business, finance, or investment aspects of the industry, you should enroll in business school. And to pursue research and development, an advanced degree in chemistry, materials science, applied physics, geology, geophysics, and hydrology will be necessary.

You should take courses that will allow you to build a solid foundation in the renewable energy field. This would include all areas of engineering, science, business, finance, economics, law, management, and regulatory.

Internships are vital for securing job opportunities, but you should not settle for an internship with substandard training. Seek an internship that will teach you functional skills or provide you with networking opportunities for the future.

Do not just consider a school’s undergraduate offerings. Even if a school does not offer sustainable or renewable energy as an undergraduate major, you may eventually be able to take relevant classes at the graduate level. 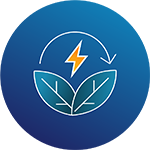 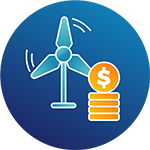 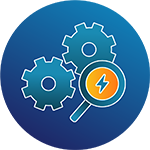 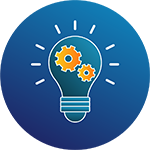 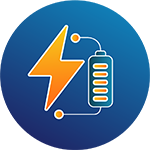 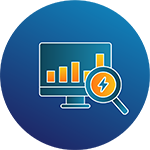 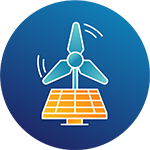 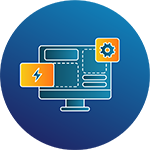 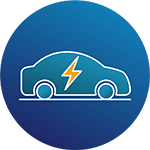 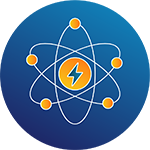 Supporting or leading teams of engineers, scientists, and technicians.

Conducting research on a wide range of renewable energy-related topics.

Exploring ways to improve the technology of renewable energy systems.

Evaluating equipment and processes to ensure compliance with safety and environmental regulations.

The renewable energy industry offers an incredible amount of variety in terms of job types and opportunities. A renewable energy career can be any occupation affected by activities such as conserving energy, developing alternative energy, reducing pollution, or recycling.