The rapidly changing scientific, medical and technical landscape requires the skills of a special type of journalist who can both understand and explain these changes to the general population. Science journalists take complicated concepts, interpret them, and communicate them in a manner that is more easily understood by those of us who do not have a technical or science background. In this time of deadly pandemics, climate change, and species extinction, science journalism plays a vital role in bringing important stories to the attention of the general public. And even though the very existence of scientific fact has become a weapon in some of the more contentious social, political, and environmental debates of the day, science journalists are professionals committed to providing essential information in an unbiased manner.

Science journalism should not, however, be confused with scientific writing. Scientific writers are primarily scientists who write research articles for an audience of their peers and are published in specialized periodicals like the Journal of Marine Chemistry.  Science journalists write about science issues critically and are published in general circulation magazines like National Geographic as well as in newspapers like the New York Times. While there may be some overlap, the role of the science journalist is not only to explain the results of scientific studies to a wider audience but also to help “distinguish between well-supported and weak conclusions and examine possible conflicts of interest on the part of the scientists.”[1]

There has been an ongoing debate in the journalism profession over which type of university degree makes for a “true” science journalist. While we certainly appreciate the specialized nature of science journalism, it should be noted that no one ever requires a crime reporter to be a criminologist or a sports reporter to have won an Olympic gold medal. As with most things, there are advantages and drawbacks to each route. For example, someone with a deep background in molecular biology may have the technical knowledge required for understanding a scientific breakthrough in biotechnology, but someone without that same background may be able to relate the story to a non-scientific audience better because they too must first understand the science behind the breakthrough.

Being neither scientists nor journalists, but rather students facing future career choices, we think the debate is a bit nonsensical. It seems obvious that having a mix of the two skill sets would be the wisest course of action. Lacking a formal educational background in one area should not preclude you from pursuing science journalism if that is your interest. After all, with so many online courses, webinars, books, and subject matter websites available, you can learn about any subject outside of the typical school setting. If it were otherwise, every science journalist would have had to commit to a science-oriented academic career path as an undergraduate student and many students may just not be prepared to do that.

While most of the resources we have provided in this particular snapshot are geared toward the general field of journalism, the Ocean Connect website certainly has lots of science-related resources which you can access. But more to the point, while having a science background can only be to your advantage, trying to master all possible areas of science during high school and college is just not feasible. And how would you even know what area of science you will end up writing about? The years and years you spent learning about biology are not going to help much when you have to write about an asteroid heading directly for Earth.

That’s why we think it is better to pursue a journalism degree because you will learn a style of writing which can translate to any scientific, technical, or medical subject. Besides, there are plenty of professions other than science journalism that have to master specific scientific or technical areas to perform their jobs. For example,  an attorney who has to litigate a case involving cancers caused by asbestos did not learn about mesothelioma in law school. They did, however, learn a way of thinking that allows them to handle these science-intensive cases. A degree in journalism will not only enable you to do much the same thing, but it will also allow you to pursue other areas of journalism if you so choose. Of course, we are not trying to dissuade anyone who opts to go the science route, as we are all for choosing your own path. We are just offering our opinion as to which route gives you the most options and, therefore, is in the long-run, more practical.

1. On good science journalism: Why it’s important and how to produce it. Science Borealis.

The Path to Becoming a Science Journalist

Take all available STEM-related classes (biology, physics, chemistry, computer science, mathematics) offered at your high school. Take journalism and all other kinds of writing classes (fiction, nonfiction, and even poetry). This will help you build your knowledge and learn to express that knowledge.

If not available at your high school, take journalism classes online or at your local community college. If you are interested in a particular area of science, try and find online or local classes that can further your knowledge in that particular area. Write for your school newspaper or magazine.

Scientific journalism is first and foremost about writing style so learn how to write for a non-scientific audience. The ability to communicate complex concepts to a general audience is essential for a career in science journalism. Intern at your local newspaper to learn basic journalistic practices.

Work at your school newspaper

Participate in at least one science-related internship

Establish strong connections with editors, your professors, and other professionals

Take advantage of workshops and courses

Most employers require a bachelor’s degree, preferably in communications, journalism, writing, or a related field. Undergraduate programs cover general journalism and not specifically science journalism although such courses may be offered. Take a range of science-related courses. Take classes in science writing, science communications, law, and ethics. With an increased focus on digital media, find a course in multimedia news reporting.

A master’s degree is recommended as this is where you will be able to specialize your studies in science journalism. At the graduate level you will be able to go more in-depth on investigative and research techniques, journalistic writing techniques, and media and science ethics. A master’s degree will also open up more and better quality employment opportunities. A doctoral degree is only necessary if you want to pursue a career in academia.

If you do not pursue a science background academically it is still important that you understand scientific processes and standards. Science journalism requires the same accuracy and precision as scientific writing.

The most valuable asset in journalism is experience. You should establish your own portfolio of science articles to show future employers or graduate school admission committees by creating your own blog or website. 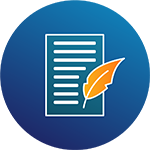 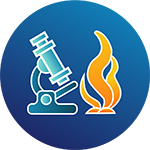 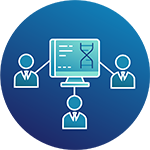 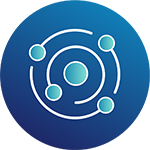 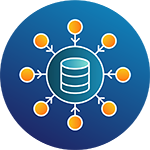 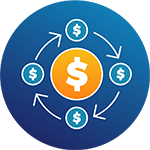 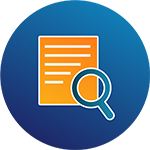 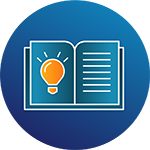 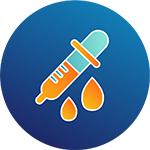 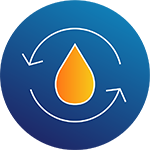 Researching the validity of scientific breakthroughs.

Establishing a network of industry experts.